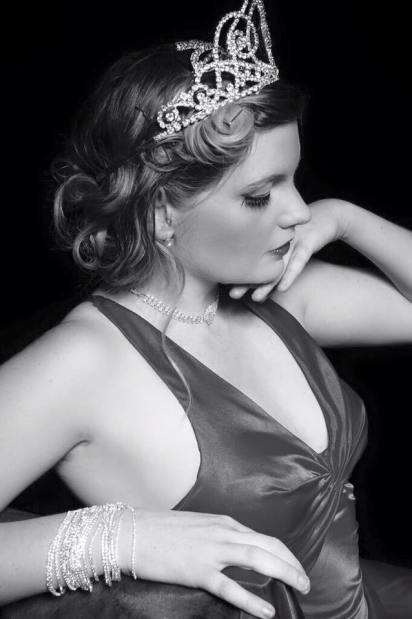 What I love about meeting people from around the world with a love of vintage is the communities they belong to.

Sometimes those communities are online, via social media, they can be at yearly events and festivals or living right next door.

Wherever they are the community the develops around our vintage passions are strong and supportive and this weeks episode is a shining example of that!

I want you to meet Larissa Camilleri aka Miss Lexi Heart .

It was through the grief of losing her mother from heart disease that led her to the world of pinup.

She was looking for something that would build her confidence, find a community and in doing that she found her calling.

Working with Sugar Du Joure and others at pinup workshops Larissa learnt how to pose, developed her traditional 1940’s style and found herself entering her first pinup competition. 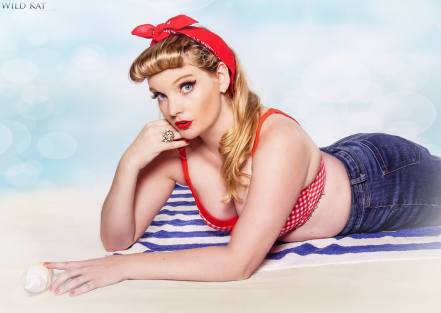 As she developed confidence, Larissa took a leap and entered the Pinup Doll Australia competition and was crowned the 2016 winner!

As part of this competition Larissa told her heart story.

How at 17 she was diagnosed with a rare genetic heart disease that her mum also had.

At 21 she had open heart surgery and just 3 years later lost her mother to the heart disease they share. When she was 25 Larissa had a heart attack and received new pacemaker and now, at 28 years old she has had to stop working, take eight tablets a day and is constantly in and out of hospital with heart failure.

Sharing her story and raising money for the Heart Research Institute was a bonus of taking part in Pinup Doll Australia but Larissa said being crowned winner was the best day of her life.

Now it means she gets the chance to compete at Miss Pinup International in London later in the year.

But her health and having to give up work makes that a challenge.

And that’s where the power of pinup has come to play.

The community has rallied! Driven by the incredible team behind the Pinup Doll Australia community the hope is to raise $10,000. 5 for Larissa to get to London and 5 for the Heart Research Institute.

Vintage and retro businesses have rallied an there’s an online auction taking place on April 2nd. All funds raised from that will go to Larissa’s go fund me page.

You can listen to Larissa’s story in our latest episode.