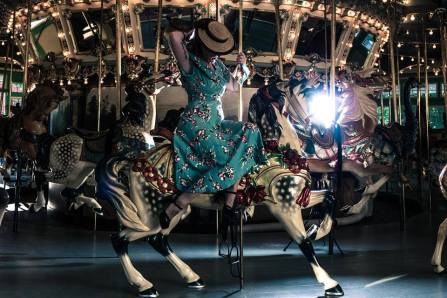 What was the first vintage item that you owned?

For this weeks guest it was a hand me down box of polyester beauties that first spiked her interest.

And that box of goodies has lead to a vintage journey with many twists and turns.

This week we meet the amazing Miss Baltimore Bombshell. 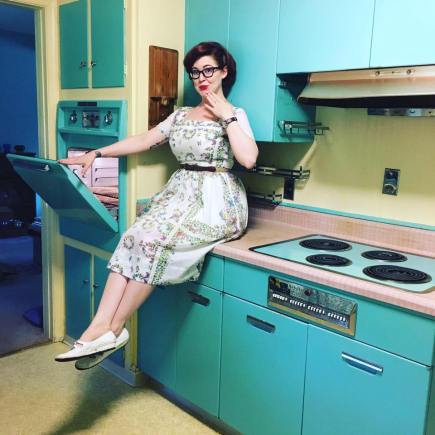 In my great uncle’s kitchen- all original 1952 in Washington DC.

When Miss Baltimore Bombshell was 12 she started to find a love of old things.

It was partly due to that hand-me-down box of clothes.

It was a large refrigerator box but to Miss Baltimore Bombshell it was the best treasure chest a gal could ask for!

Over 20 years on and Miss Baltimore Bombshell still loves wearing vintage clothes and is still on a journey of old stuff discovery! It’s definitely not a phase! 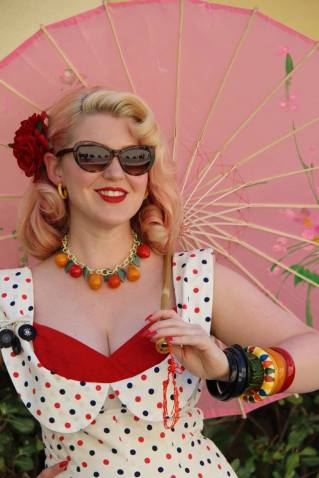 Since then Miss Baltimore Bombshell has refined her vintage look, started collecting and even founded the Baltimore Vintage Society.

It started with just ten members and now has over 140 and was started out of a want to meet other people with a vintage people and encourage men and women on their vintage journey.

Like so many of us, when Miss Baltimore Bombshell traveled with her job in the military, it was vintage stores she looked up first.

Even in her uniform she had vintage styled hair, a red lip and nails.

Having been in the military for eight and a half years she was used to a community being around her, people with a common goal and interest.

Miss Baltimore Bombshell says she’s found that again in the vintage community. And it was something that she’d never thought she’d have again. 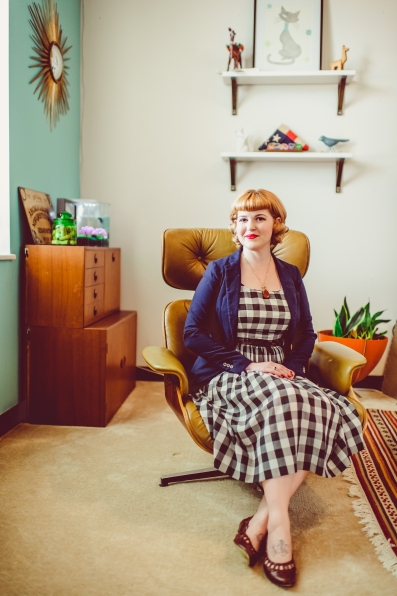 (Photo:David Stuck for BaltimoreStyle Magazine in)

We made the mistake of asking Miss Baltimore Bombshell what she collects.

Listen to our chat to hear the full list (it’s an impressive one) but it’s clear she’s committed.

She sold a car to be able to buy her Bertoia chairs and has a love for anything mid century American.

But now her house has the furniture it needs, her focus is vintage Bakelite and clothing.

If you want to learn more about this fascinating woman do subscribe in your favourite podcast place or click here.

And if you’re ever in Baltimore, Miss Baltimore Bombshell says you MUST visit Faidley’s Crab Cakes! Tell them she sent you!