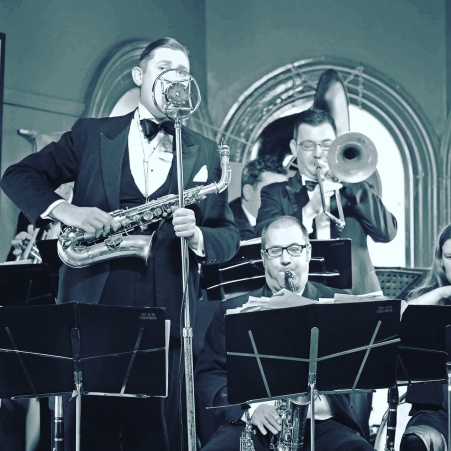 He’s the first Australian musician since the 1950’s to release a 78 gramophone record.

He embraced his love of vintage fashion when he was still in high school.

He’s got a collection of over 5 thousand 500 gramophone records.

And he even has his own orchestra!

He is Andrew Nolte. 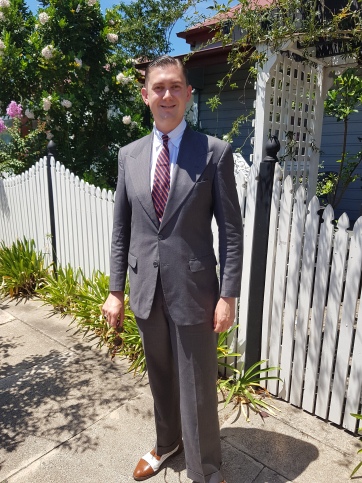 Like so many of us it was playing his parents vast record collection that first inspired Andrew Nolte’s love of music.

Listening to Elvis Presley had him hurrying to learn the guitar so he could play his music.

But as well as loving the music, he was curious about it’s story and he wanted to know more!

“I was always looking to find music that was a little bit earlier.

I wanted to know where did this music come from? What were its routes or origins and where did it come from?”

It was in high school that the jazz bug hit! 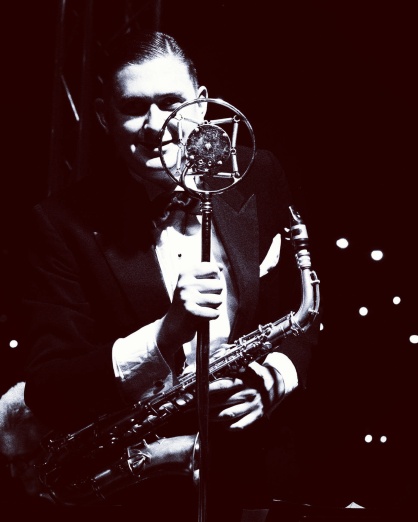 And that he became a vintage collector.

Loving the vintage style of the 1920’s and 1930’s, it won’t surprise you to hear that clothes were one of Andrew’s early collections.

Vintage suits started finding their way into his wardrobe.

But he also started to look for gramophone records, 78’s. 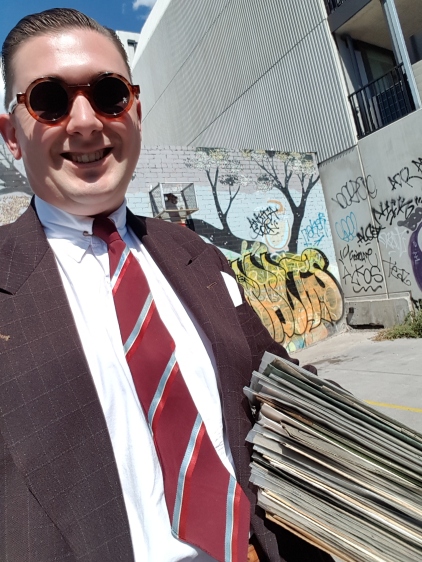 They’re more fragile, harder to store, and rarer than vinyl records, but Andrew says nothing compares to listening to 78’s each and every day.

He has over 5,500 records in his collection.

And as the years go on they get harder and harder to find in excellent condition.

Andrew says over the years he’s been gifted 78 records, but it can be hard to find his favourite jazz and syncopated dance styles that haven’t been played to death.

He loves the music so much that around 11 years ago Andrew started a musical experiment that has stood the test of time.

Andrew Nolte and his Orchestra became the first Australian musicians since the 1950’s to release their own gramophone record. 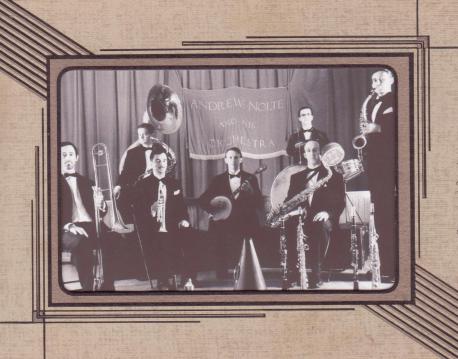 They play 1920’s jazz and Andrew says it’s all about the music and the performance.

Getting people up and dancing and having the time of their lives, just like we know happened in the 1920’s.

You can hear more about Andrew Nolte’s vintage passions and his music in our latest episode.

And we made a playlist based on Andrew’s top 1920’s musicians to listen to. Check it out (it has some of his tunes there too)